About the Old Burying Ground

Stoneham’s historic Old Burying Ground (OBG) is located on Pleasant Street at the intersection of William Street. It was established in 1726 and is on the National Register of Historic Places. The cemetery is 1.09 acres and contains an estimated 348 headstones, an undetermined number of fragments, and 3 tombs. Headstones date from 1728 to 1924.

Our 1726 Old Burying Ground is within walking distance of the town’s original center that included a meeting house/church and a school. The land was purchased within seven months of the Town’s legal separation from Charlestown.

It is the resting place for our early settlers, veterans of four military conflicts, activists of the abolitionist and temperance movements as well as ordinary citizens whose lives are chiseled in stone: an unsolved murder victim, infants who lived a day or two, and mothers and infants who died in childbirth, at least two smallpox victims, and survivors who lived well into their nineties and even one hardly soul whose stone acknowledges his age of one hundred.

Nine families make up 55% of the headstones. They loved their titles of captain and lieutenant and major, deacon and reverend, doctor and esquire. And every day they labored as farmers and house wrights, cordwainers, domestics and town officials, and road menders to make a better life for themselves and the town.

Within thirty-two years they expanded to OBG from a quarter acre to a full acre and this served their needs until the ‘civil war’ cemetery, known as Lindenwood, opened in May 1861. There were a few burials in the OBG in the subsequent decades, the majority belonging to founding families up until 1896. And the final occupant is a much-loved town librarian, Sarah Lynde, who was laid to rest in 1924 in her family plot. 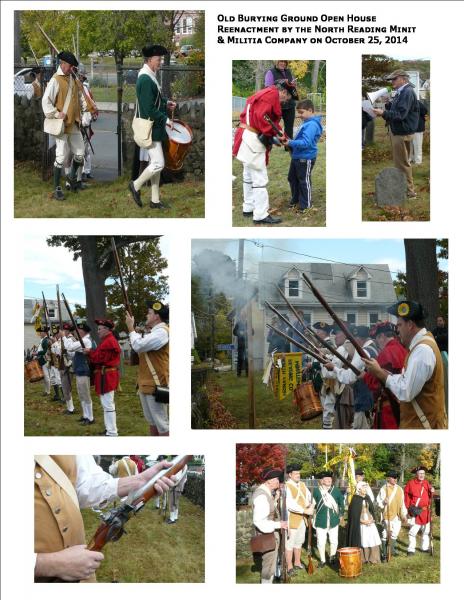